The SEIB Search for a Star RDA Championship 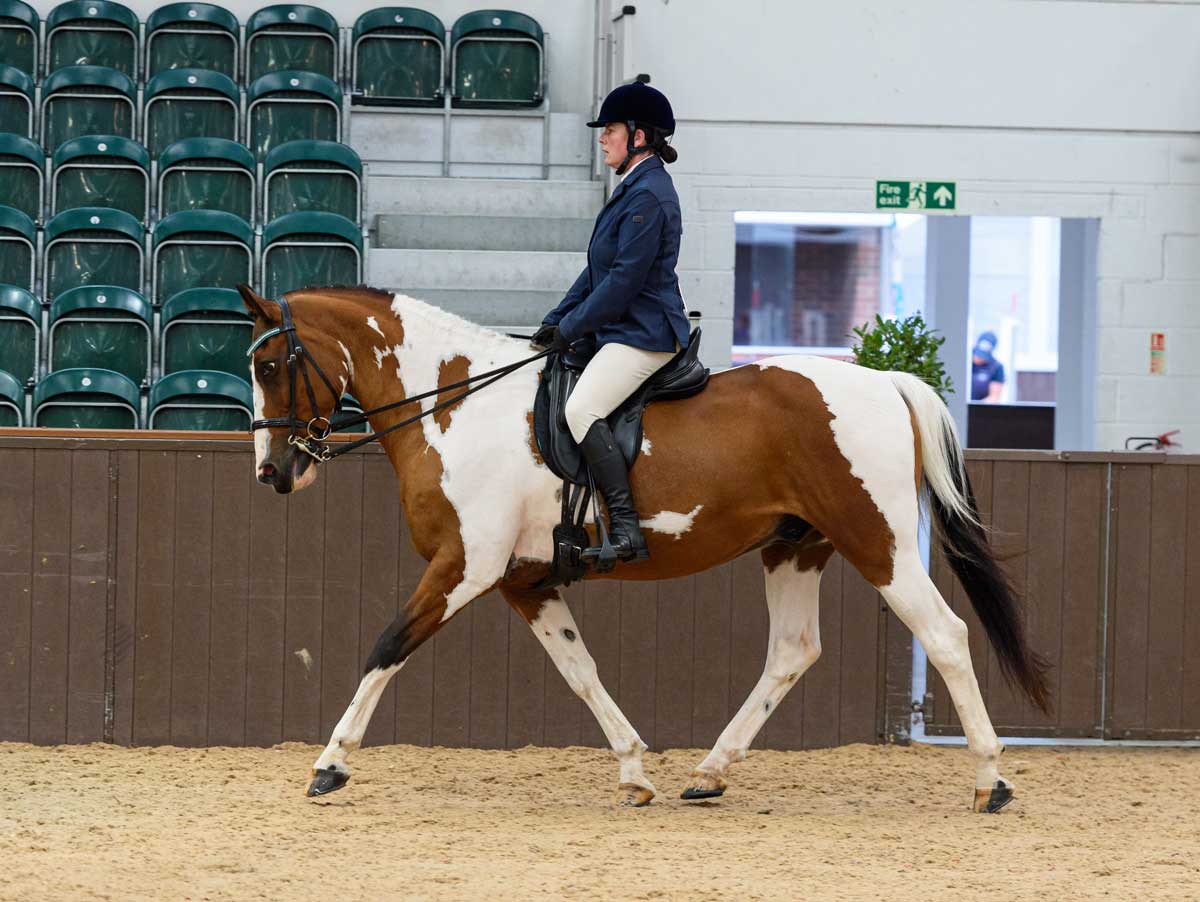 Taking place on 12 September at the British Show Horse Association Hunter Championship Show at Addington, the long-awaited SEIB Search for a Star Riding for the Disabled Championship final, now in its third year, wowed judges and spectators alike.

This championship offers competitors the chance to compete in their own classes, alongside non-disabled riders – a rare opportunity in the showing world. Its aim to be inclusive of all disabilities, physical and mental, working with both RDA and para rules to accommodate a huge variety of riders.

Won by Drunkeen Boy and Eleanor Currington, part of the Cambs College RDA group, judges David Ingle, Lynn Russell and Rosemary King were unanimous in their praise for the pair.

Eleanor said: “That was brilliant, I would definitely like to do some more showing! He’s such a gentle and easy-going horse, though he also really likes to stand in his stable eating.”

Judge Lynne Russell said: “I liked our winner from the moment he came in the ring. He wouldn’t look out of place in an open class and he was well ridden.”

Owners of Boyce, Cambridge College RDA, were thrilled to see him and Eleanor head up the championship final. Head of the group, Gillian Newsum, explained: “We would never be able to raise enough money to cover the horses’ keep, so we operate through the College of West Anglia.” Gillian found Boyce a little more than six years ago in Oakham, and Eleanor has ridden him once a week during term-time since. Now a grade 3 rider, Eleanor had won a place to study at Oxford University when she sadly suffered a stroke.

Runners up in 2019, Anne Hollier and The Scout, Joanne Alderton’s dressage horse, are members of the Ride 2 Achieve RDA group and are from Kingstone in Herefordshire. Anne competed in Search for a Star with her own horse, Simply Quickly, however having suffered a stroke in January 2019, she was keen to take part in the RDA Championship, proving her ability to push through adversity and find success.

Sarah Hadley of the RDA said: “This championship gives our riders a real day to remember. Competing in the glamour of the evening performance at the BSHA championships is truly a unique experience for our finalists. Thanks to SEIB, not only for supporting this competition, but for everything they’re doing to promote Showing for the RDA. We’re also grateful to BSHA for allowing this class to be held at the Championships, and to Addington Manor for hosting.”

Lynne Russell added: “I was delighted to be asked to judge this final and it is brilliant to be a part of raising awareness of the things that our RDA riders can achieve in showing. The evening performance provides a wonderful way to celebrate this.”

The post The SEIB Search for a Star RDA Championship appeared first on Horse and Rider.