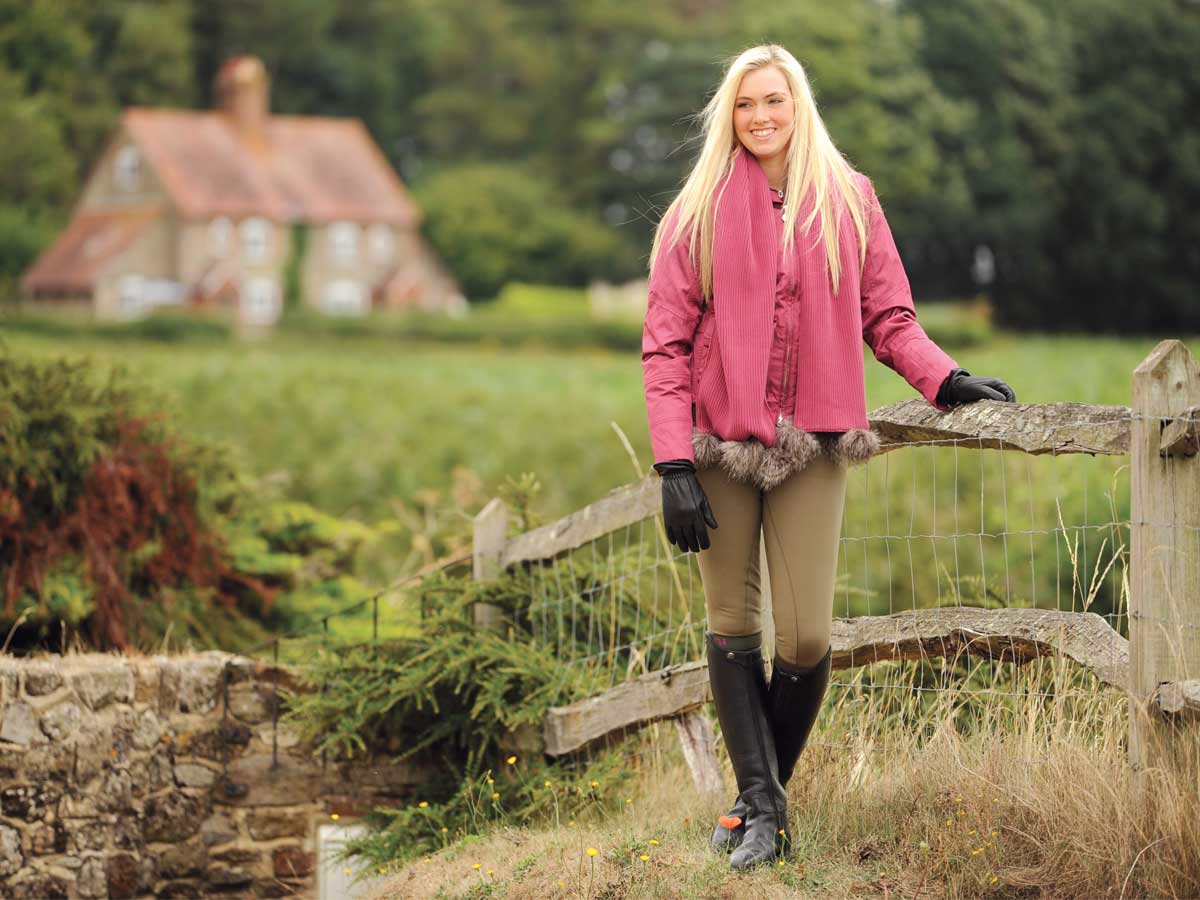 If you’ve spent five minutes in the company of equestrians, you’ll know they fall under distinct categories. How many of these have you come across?

Step onto any livery yard, showground or other venue densely populated by horsey people, and you’re bound to discover a diverse range of personalities. From equestrian matriarchs who seem to know the answer to your every question to those who have a quick fix for every broken piece of kit, the horse world is full of quirky characters who make our hobby – nay, lifestyle – one that never has a dull moment.

We’ve come up with a list of seven types of horsey people you’re bound to bump into at some point or another – if we’ve missed any, let us know.

This person’s true calling in life is to take their place at the helm of a yard, club or organisation, and their horsey knowledge knows no bounds. In fact, it’s highly likely they’ve swallowed a manual in their time… a whole library of them, in fact. They’re always found doing things by the book, will always have something to say about the state of your tack or your horse’s bed, and almost certainly feel a deep sense of nostalgia for the New Zealand rug.

You try your best to schedule in your schooling sessions for while they’re off the yard as, if they spot you, more often than not it turns into an impromptu lesson – and usually one without stirrups. God help you if you get caught riding without gloves.

Clad in cream breeches, a velvet hat with a fixed peak (as long as the fences aren’t solid, of course) and wearing at least one shade of country khaki, most commonly in the form of a waxed jacket. Hairnet optional.

Catchphrase: “Didn’t you learn that at Pony Club?”

While your horse is out of action with a lost shoe, this person is shooting off down the road on their barefoot mount. They’ve read the book on equine nutrition and serve their horse a veritable smorgasbord of herbs and supplements. Plus, they can always score you a ticket to the natural horsemanship demo of your choice. Their horse doesn’t spend much time tacked up – you’ll find them either engrossed in a groundwork session, or riding around the arena on their steed without a bit in sight. They’re best mates with their horse, and while you might not be about to ditch your jump saddle for a treeless one, you could definitely learn a thing or two from their unbreakable bond.

Catchphrase: “Actually, my horse is metal-free“

One of those people who makes you think, ‘just how do they fit it all in?’ They hold down a full-time job and find time for a horse, as well as a social life and skincare routine. Are they in possession of Hermione Granger’s timeturner? Of course not, they just have their life together better than you do.

Don’t get us wrong, they still muck in with chores, ride and aren’t afraid of the dirty jobs, they just make it look too effortless and still have time to squeeze in the gym – the gym – before going home and cooking a healthy supper. Oh, and you can’t be mean about them either because, selfishly, they’re also really nice.

This person looks totally out of place for all the right reasons. Hair perfectly coiffed, a complexion that glows and clothes that are smart and tidy – did they get lost on the way to a fashion shoot?

Catchphrase: “Must dash if I’m going to be in time for “

This is the yard’s money-saving expert. Although they’re the most cost-conscious, this big-hearted individual also somehow seems to have collected the most horses, but has cleverly co-ordinated so they all fit in the same size rugs. Speaking of which, they haven’t actually bought a new one since 1999, and have become proficient in rug repair.

Their entire herd is on DIY and, though they’d never let their horses go without, they seem to make a tenner go far further than you can. Despite how busy they are, they’ll never refuse to give their time to someone who needs it – just don’t ask them to pick you up something from the shop or they’ll be hounding you for that £1.37 for the next month.

Never without baler twine and sporting a jumper that’s been on its last legs for years – it’s only for yard jobs, anyway, and it’ll disintegrate entirely before it’s thrown away.

Catchphrase: “Don’t throw that out! Here, I’ll fix it…”

Questions, questions – this person has many. Never quite sure of themselves, they’re often found asking other liveries to take a look at their horse ‘just quickly when you have a second’. They’re also likely to send you a 3am video they took while lungeing the previous day and ask if you think he ‘looks right behind’. They have their vet, farrier, instructor and physio on speed dial – but if the professionals aren’t available they’ll gather fellow liveries for a tack room discussion. Or worse, take to Facebook and an endless supply of owner groups.

Bags under their eyes and worry lines from a constantly furrowed brow. Occasionally pitches up to the yard with their polo shirt on backwards after a sleepless night.

Does this person have a death wish? It certainly feels that way. Team chasing, hunting, saddle-less Chase-Me-Charlies, they’ll try anything – the riskier the better – and have a smile on their face. Their horse is an absolute saint and will jump huge cross-country fences on any stride with their eyes closed, which is good for them, but you do find yourself wishing they wore a body protector more often.

That said, this person has quite an inspiring influence and always encourages you to strive for your horsey goals. Their bravery can be infectious at times, but it doesn’t mean you’re planning on following them round their next BE Novice track.

Usually beaming from ear-to-ear with a slightly wild look in their eye. Will often usher you over to show you a photo of the latest 1.20m hedge they’ve conquered.

A moment of silence, please, for this ill-favoured individual. They’ve chosen to share their life with a horsey person, which means daily unanswered 8pm texts that read ‘just wondering when you’ll be back from the yard?’

If they do appear, they’ll be trying to dodge the chores – if you find one lurking in the tack room, they’re just trying to watch the football on their phone in peace. However, this doesn’t mean they don’t enjoy giving unsolicited training advice, which is often frustrating, but occasionally surprisingly helpful.

Clad in jeans or suspiciously clean breeches, purchased in the vain hope they’d muck in. Often seen twiddling thumbs and clock watching. However, they can also be worth their weight in gold moving jumps or filming your dressage test.

Catchphrase: “When are we going home?“

The post Horsey folk: a spotter’s guide appeared first on Horse and Rider.