Newman Is an Uncle! 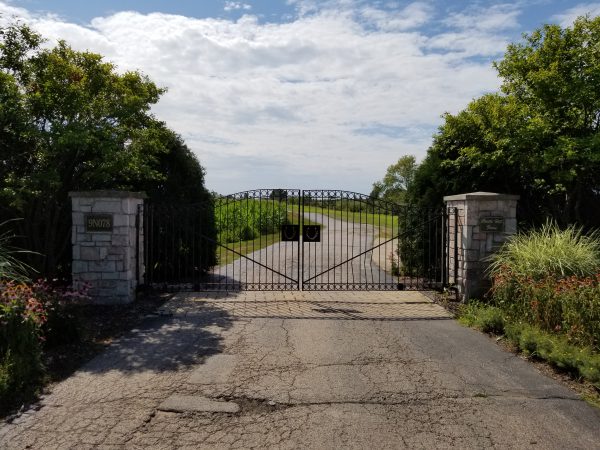 Technically, Newman has not actually met “Stanley,” his new two-year-old Dutch Warmblood nephew. And he may never meet him, as they’re boarded at different stables and it will likely stay that way, given the difference in age and activity (18 and retired vs 2 and just starting). But thinking of Newman as a kind, older, instructive “uncle” mainly helps me cope with the transition from a horse I did so much with over the last 14 years to a new horse with his whole life and career in front of him. 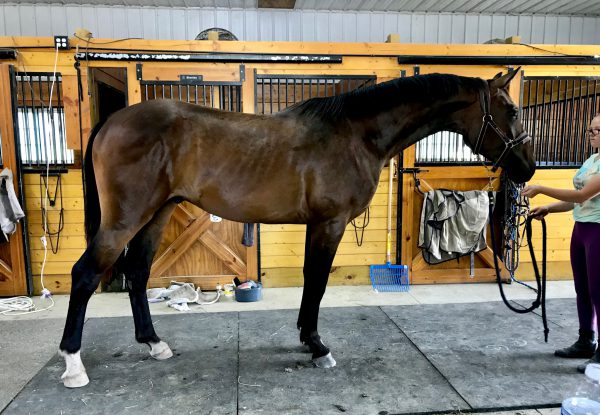 Stan Lee’s “story” is that he was bred by a local dressage professional (less than an hour from my house) – her Idocus mare to Sir Gregory, both Grand Prix dressage stallions. She’s handled him from birth and you can really tell when you meet him, because he’s one of the most well-mannered two-year-olds you’ll ever meet. 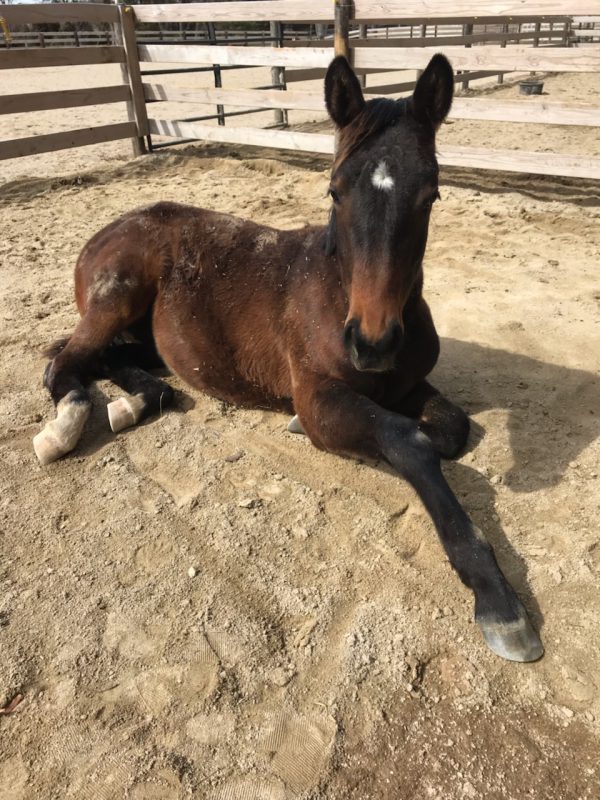 Actually, he’s one of the most well-mannered horses of ANY age that you’ll ever meet! He comes when you call him, lowers his head to be haltered, leads without crowding, cross-ties, grooms, picks up his feet for the farrier, loads, fly sprays, and wears clothes (fly sheet, fly mask, fly boots). 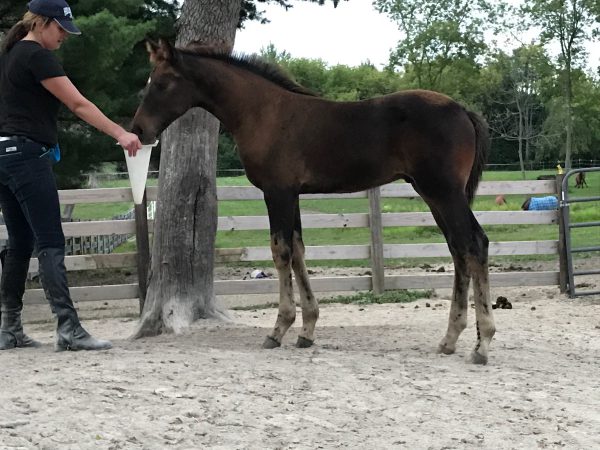 What “sold” me on him the day we looked him (hint: always take a knowledgeable friend when horse shopping) was not only that he walked across a blue tarp with no drama, but when a wind gust blew it into a tumbleweed around his front legs, he stood and thought a minute, then calmly extricated himself! 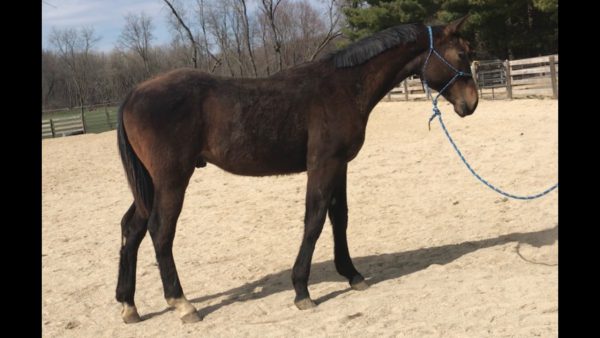 Stan Lee sailed through the pre-purchase examination and handled his first trailering like a gentleman, “settling in” to his new home in minutes. I was thrilled to witness him eating, drinking*, urinating, and defecating completely normally, with not a bit of loose stool from the stress of new food, new surroundings, and new buddies. 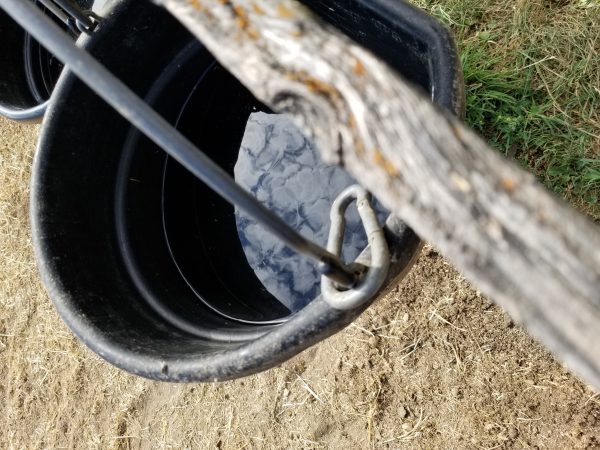 Given the results of his personality testing, he’ll be an “eager beaver” when it comes to learning, soaking up new information like a sponge. I just hope I’m up to the challenge of introducing this bright, young star to the world and all its opportunities!

*Newman was always a problem drinker away from home