Matthew Wright’s eventing blog: what do people expect when they enter a five-star event? 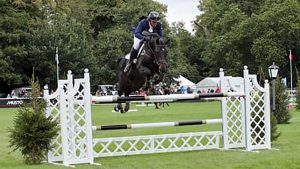 Well what can I say, the Land Rover Burghley Horse Trials was truly eventful this year on all counts and I managed to fulfil a long term ambition of mine, to win a Burghley Young Event Horse Final. I never usually bother with the Young Event Horse qualifiers unless I think I’ve got a horse that is capable of winning, and when I first saw Caunton First Class I always believed she could win it from the start.

I’ve been privileged to sit on some very good horses in my time who I maintain are the best I’ve ever ridden, and I never thought I’d ever find another one who I would put in the same category or be able to have a comparison with at the same age. I know anything can happen, horses can break down, you can end up on your arse looking like an idiot and your judgement be totally wrong. But at present, the mare makes me feel very excited about the future. She’s more of a pet really and I have a huge soft spot for her. I won’t let myself get my hopes up too much after unlucky stints in the past, but I really do believe in her and I’m proud to have her as my teammate. 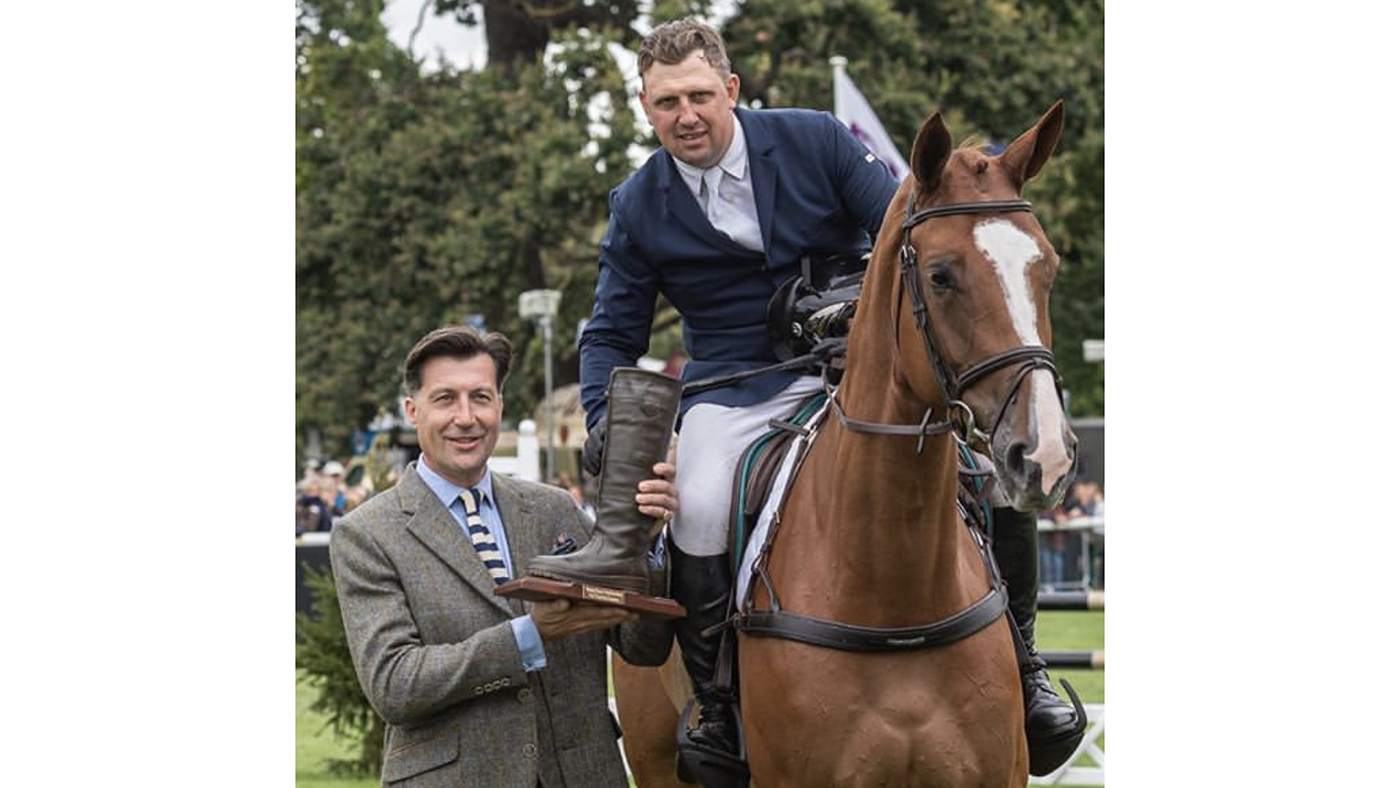 We also had some of the stallions at the British Breeding stallion parade at Burghley, which meant an outing for my other pet, Comfort. With only a few minutes to warm up after the five-year-old prize giving, he remained true to his usual easy going self and had a quick pop in the warm-up before taking to the arena completely unfazed by the last-minute rush (pictured top). If he was human, I swear he’d be a hippie. It was also nice to catch up with some of our great sponsors, Bates Saddles and Bailey’s Horse Feeds before we headed back home, which was nice. Conveniently, we allowed just enough time to visit the Pol Roger champagne tent too for a quick celebratory drink. It’s been an amazing journey this year so far — myself and Victoria have worked hard to put in a lot of foundations for the next few years of the business. And I think when we got home and shut the door, it was quite emotional for us both to realise we were on the right lines and to read the Caunton Manor Stud article in British Breeding magazine.

On the Bates Saddles stand

The day after was another Burghley-fest, which meant sitting in front of the TV in the afternoon and watching the cross-country live on the red button. I have to say the course looked a seriously tough five-star track and did when walking a bit of it the day before. I know it had mixed reviews from some of the riders, but the one thing I’ll say is that for the past God knows how many years in my experience, Burghley has always been stronger than other five-star competitions — it’s Burghley! It’s always fu**ing big! It’s the highest level you can possibly event to, it’s always going to be tough and will always require a certain type of horse. Yes, there probably could have been a few more let up fences in between some of the questions so they weren’t continually coming up thick and fast, and I’m never a huge fan of upright gates, especially on an angle. But what do people expect when they enter a five-star event? At that level, even the experienced horses can fall victim because the level leaves very little margin for error. But for first-time five-star horses it’s down to the feel of the rider to know if the horse is ready or not and has the capability. Some horses can cope with any type of track, while others suit some tracks better than others. I do feel some of the events people use to qualify for the top level should take some of the blame. There are always a few softer options in the spring to gain qualifying results in CCI4*-S and advanced classes that are no more challenging than an open intermediate, making it quite easy to plan a route to get to a big event. But with this soft approach, horses are then not prepared as whichever five-star you go to, it’s tough.

Since my last blog we’ve had two trips to Keysoe, one with the older horses and one with the younger ones. All the horses went well and the young horses certainly excelled themselves with all four finishing in the prizes and jumping immaculate double clears. That was officially recorded as a good day at the office.

During the school summer holidays we seem to have started accumulating ponies as my kids and daughter especially have become very keen. We’ve been lucky enough to find a couple of the sweetest ponies you could ever wish for, who also seem to have taken over and now be stabled on the main yard. They conveniently blend in with the eventers in their own miniature Shires Tempest rugs. I’m just waiting to find out what else of mine has become ponified! Although I’m not complaining, I’ve loved every minute of riding with them while they’ve been off school and it made me sad when they all went back. Nothing has given me greater pleasure than cross-country schooling with them and taking them to shows. 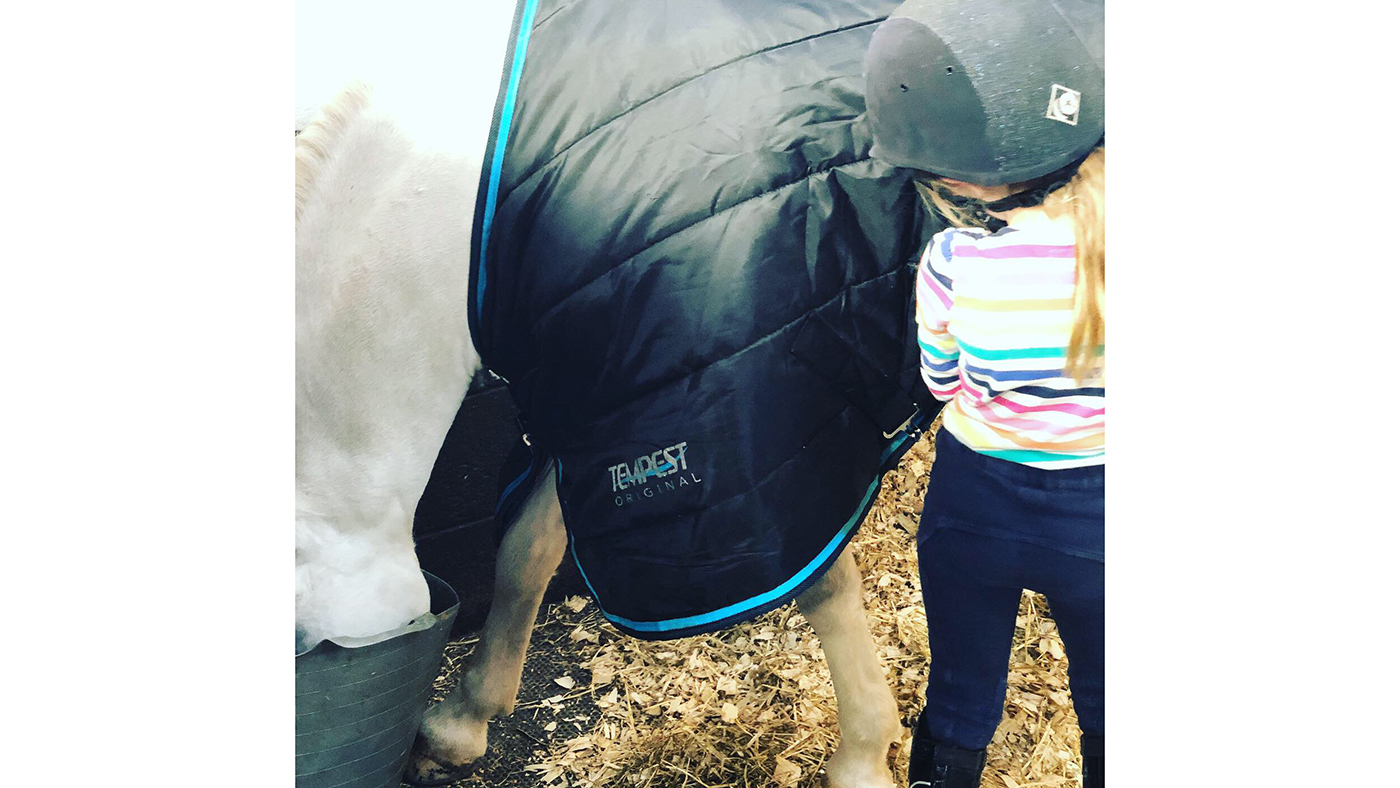 Roo in his Shires Tempest rug

September gets a little crazy for us now as we head back across the Irish Sea to Ballindenisk with four horses, and when we get back from there we go straight to Osberton with another four. I’m loving it though, I have some gorgeous horses to ride and I only hope I can do them justice.

For all the latest equestrian news and reports, don’t miss Horse & Hound magazine, out every Thursday