Matthew Wright’s eventing blog: I should have listened to fate and my gut instincts 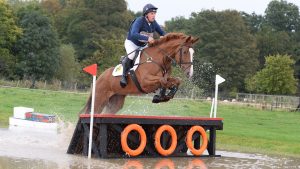 After winning the five-year-old Burghley Young Event Horse final with Caunton First Class (Amy) and then having a win and some promising results with horses at Keysoe, I headed to Burnham Market, feeling very positive for the three-day events that awaited us. I thought Burnham Market was a strong track in each of the classes and rightly so at this point in the season, so for Redwood Autumn to take a win in the novice section was really promising. I was pleased with all the horses’ way of going, so was looking forward to heading over to Ballindenisk in Ireland, despite the weather warnings.

How wrong was I? It was a week bloody doomed from the start! We had a couple of things go wrong before leaving that gave me that eerie feeling of “things always come in three’s… what’s next?” But reassured with “don’t be so superstitious, I’m sure it will be fine”, we pressed on. It seems I should have listened to fate and my gut instincts. 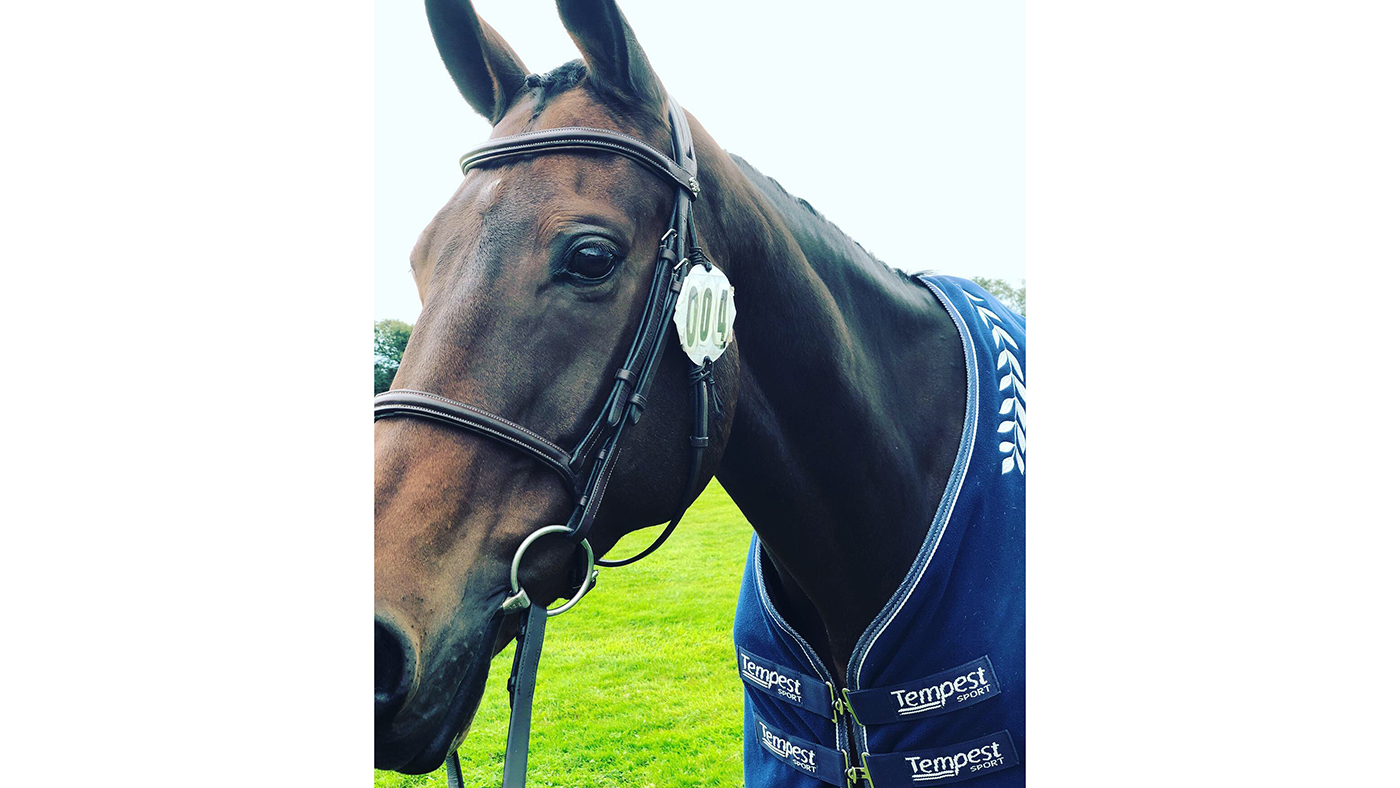 OBOS Columbus ready to trot-up in his Shires Tempest Rug

Poor Rapide ended up with an allergic reaction which left him unable to run. OBOS Colombus and I had a miscommunication error at the double of brushes at the influential fence 16, which resulted in me crossing my tracks. At least The Corn Crake managed to make the trip worthwhile, finishing in ninth place in the CCI2*-L, which in all the mud gave us something to smile about. I have to thank my owners who, in that situation, were brilliant and ironically also had the same feeling of doom while travelling to the event, but didn’t want to say anything. Maybe gut instincts are usually right and if in doubt, say something.

After a 12-hour trip home, it was then time to repack the lorry for Osberton and prepare for the British Eventing Young Horse Championships. I don’t think washing mud off every item of clothing and footwear and surviving on very little sleep was quite how my wife wanted to spend our wedding anniversary, but she seemed very satisfied when she had the washing machine on full blast at 4am. It was also an important week for us coming up as it was our first year supporting the British Eventing Young Horse Championships through Caunton Manor Stud, something we have worked very hard on this year. It was a great sense of achievement driving in and seeing the signs and flags up at the entrance, and the BEDE team did an amazing job preserving the ground in the testing conditions we had to deliver a fantastic event. 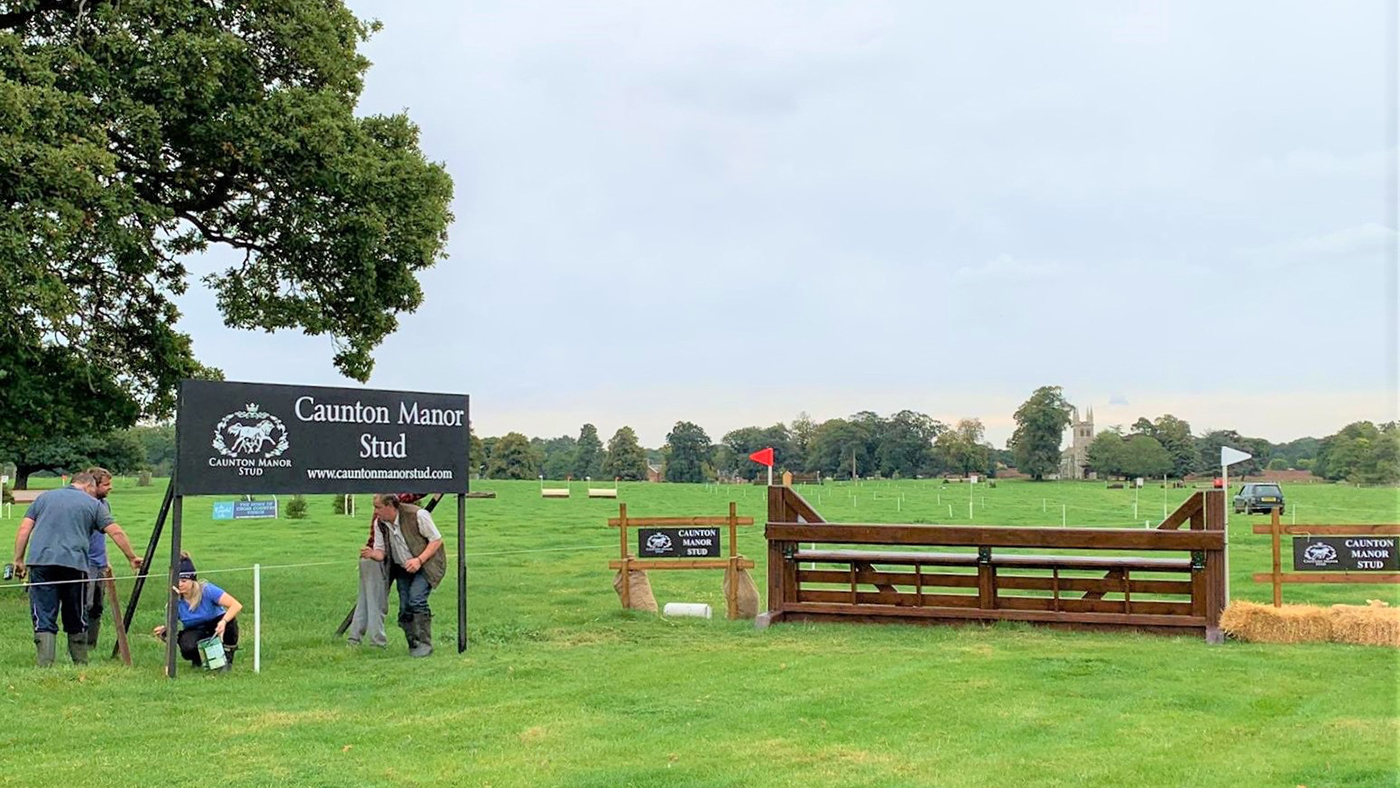 Amy finished second in the five-year-old championships (pictured top) and proved all of her class yet again. She was leading the dressage on 27.4 until near the end when she was beaten by only .4 of a penalty on 27. The leader jumped double clear as did we, leaving us in second place overall. What a horse Amy is proving to be and I’m excited about the future of all the young horses I had running at Osberton, who, despite green first-time mistakes at two-star level, are looking really exciting for the future. I think the main disappointment was not being able to keep a Caunton Manor Stud winner’s rug, but as Victoria pointed out, that was not the point. I can’t be disappointed with Osberton — it’s given us a lot to look forward to in 2020.

During a pretty hectic couple of weeks, I have to give full credit to the team at home who have held the fort in equally testing circumstances. Hayley was on her honeymoon and, in all fairness to her, took a share of some of the bad luck — she booked the lot through Thomas Cook. As soon as she was back, true to Hayley form, she dragged her new husband to Osberton to give us a hand. Richard broke his leg falling over at home, but it was sweet to see him tracking the horses results from the hospital. Paulina had also left to go back home (and the team are missing her lots), so were already a man down. Then, not satisfied with all of this, new girl TJ broke her foot (but is now a dab hand at tack cleaning and washing). 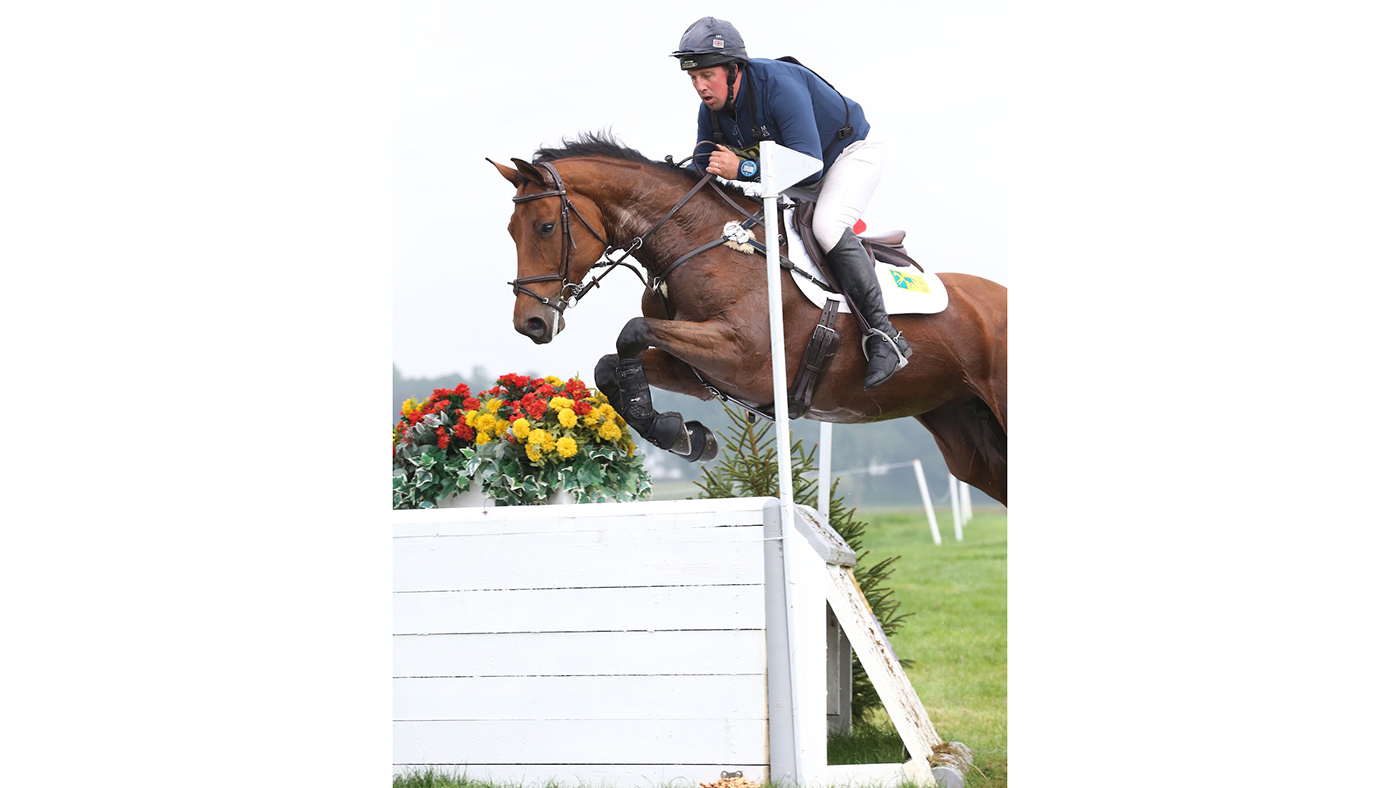 Emma, Lee and George over the past few weeks have held the fort and kept the show on the road. Without them, we couldn’t have done what we’ve done and I’m extremely grateful to have such a hard-working team who adapt to whatever situation is thrown at them. Thank you! Also without the help of parents, great friends and mum coming out of retirement this past week, we couldn’t have got through it all. There is certainly no I in team!

It has just been World Mental Health Day and it was great to see so many people raising awareness and supporting the Time To Talk campaign. We have something in the pipeline to launch next year that will offer support and hopefully better the mental well-being of all riders. More details will be revealed soon and we have some great people on board. In the meantime, you might remember earlier in the year the campaign myself and Niall Fergusson did to raise awareness and answer your questions on mental health. To continue to raise awareness, my next blog will be an honest account of my own battle with mental health. What I suffer from, how it affects me and what I do to combat it. Always remember it is ok to not be ok and as I’ve learnt, always trust your instincts!