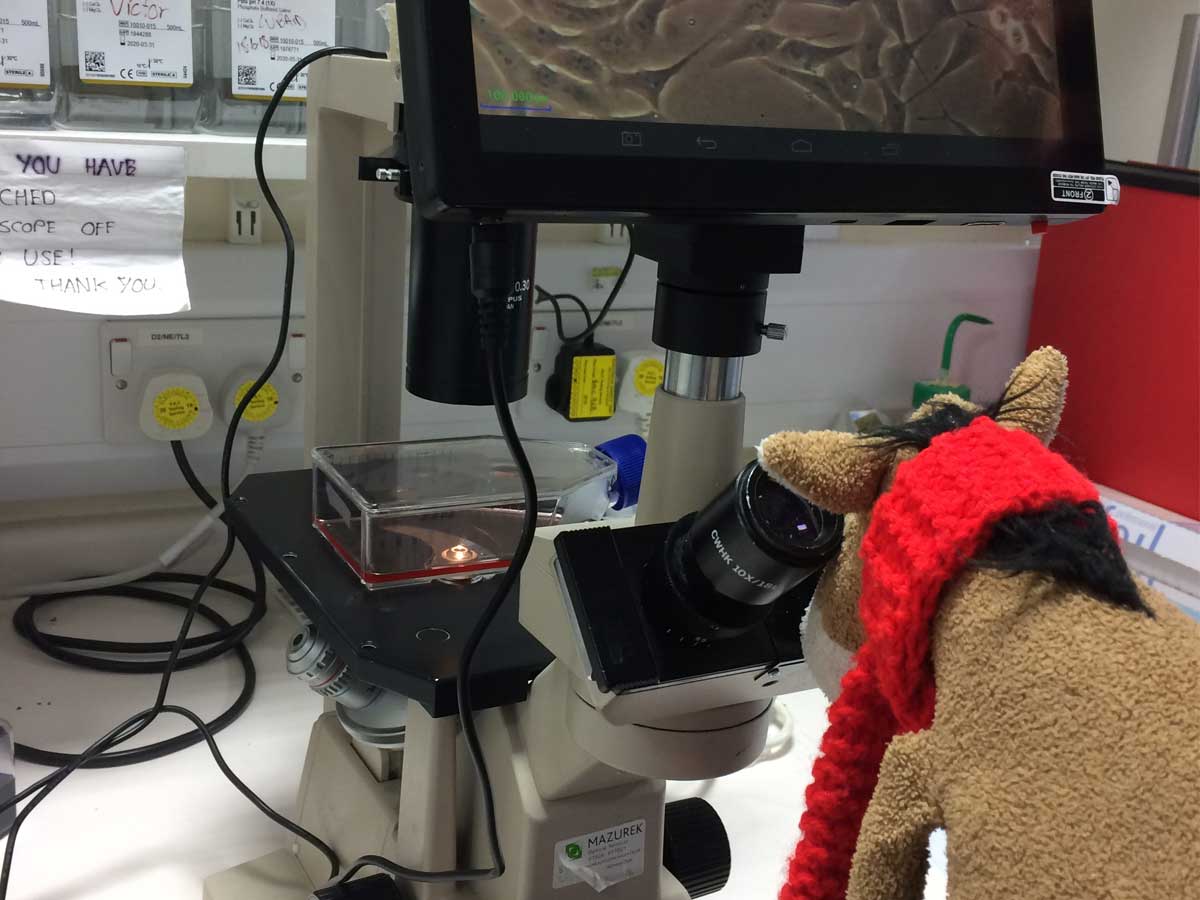 The charity, founded in memory of young eventer Hannah Francis, is supporting PhD research into osteosarcoma

The new PhD research builds on a former project undertaken over the last two years, funded by the Friends of Rosie Children’s Cancer Research Fund. This research, also led by Dr Finegan, found that a protein, called ERK5, can control the growth and spread of osteosarcoma, a rare form of bone cancer that usually develops in growing bones. By removing ERK5, Dr Finegan and her team were able to slow the growth of osteosarcoma and prevent its spread to the lung, and will look to expand on their findings by exploring exactly how ERK5 controls osteosarcoma progression.

Dr Finegan said, “This information will help us understand how ERK5-targeted therapies would work. It will also help us understand the proteins that talk and listen to ERK5 during osteosarcoma development, something we know nothing about yet. Understanding these conversations that ERK5 has in the cells enables us to find new proteins that we could target in the future to make new therapies for osteosarcoma.

“Secondly, this project will investigate if removing ERK5 can improve response to chemotherapy in models of osteosarcoma. We’ll use samples donated from patients to confirm that our findings from osteosarcoma models translate to osteosarcoma patients.

“Via another grant, we’re making new compounds to target ERK5 and these new compounds are available, we’ll use them in this project to test their effectiveness in osteosarcoma models.”

Rachel Francis, of Hannah’s Willberry Wonder Pony Charity, added, “We’re delighted to be helping take the findings from the project funded by Friends of Rosie to the next stage. We’re working hard to collaborate with other charities to ensure our research achieves greatest chance of success. We know Hannah would have been proud that her charity has enabled further research into this devastating disease.”